For my next-door neighbour, who has produced a wee boy. I improvised the red one, using an online size guide for a newborn and putting a seed-stitch heart on the front. 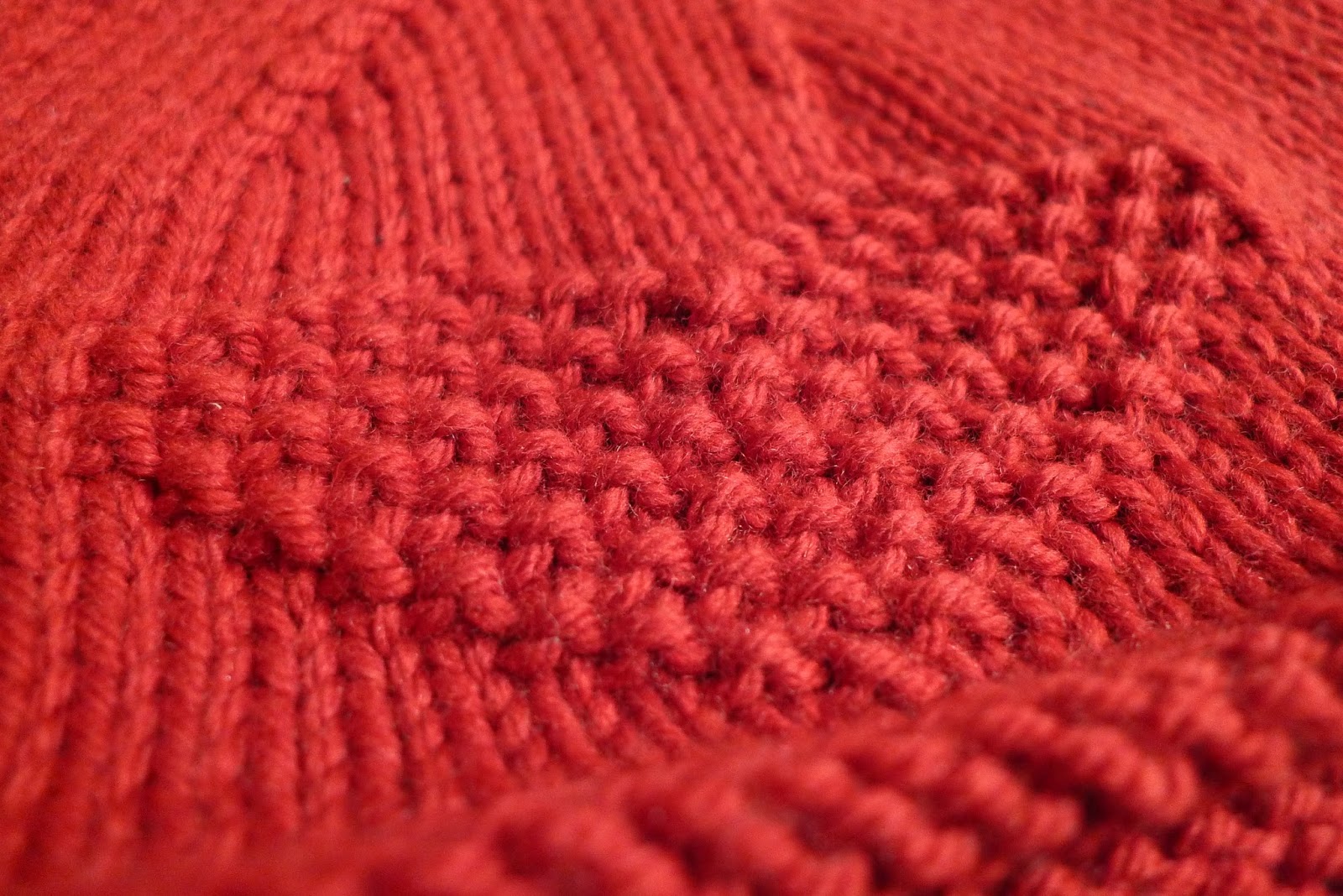 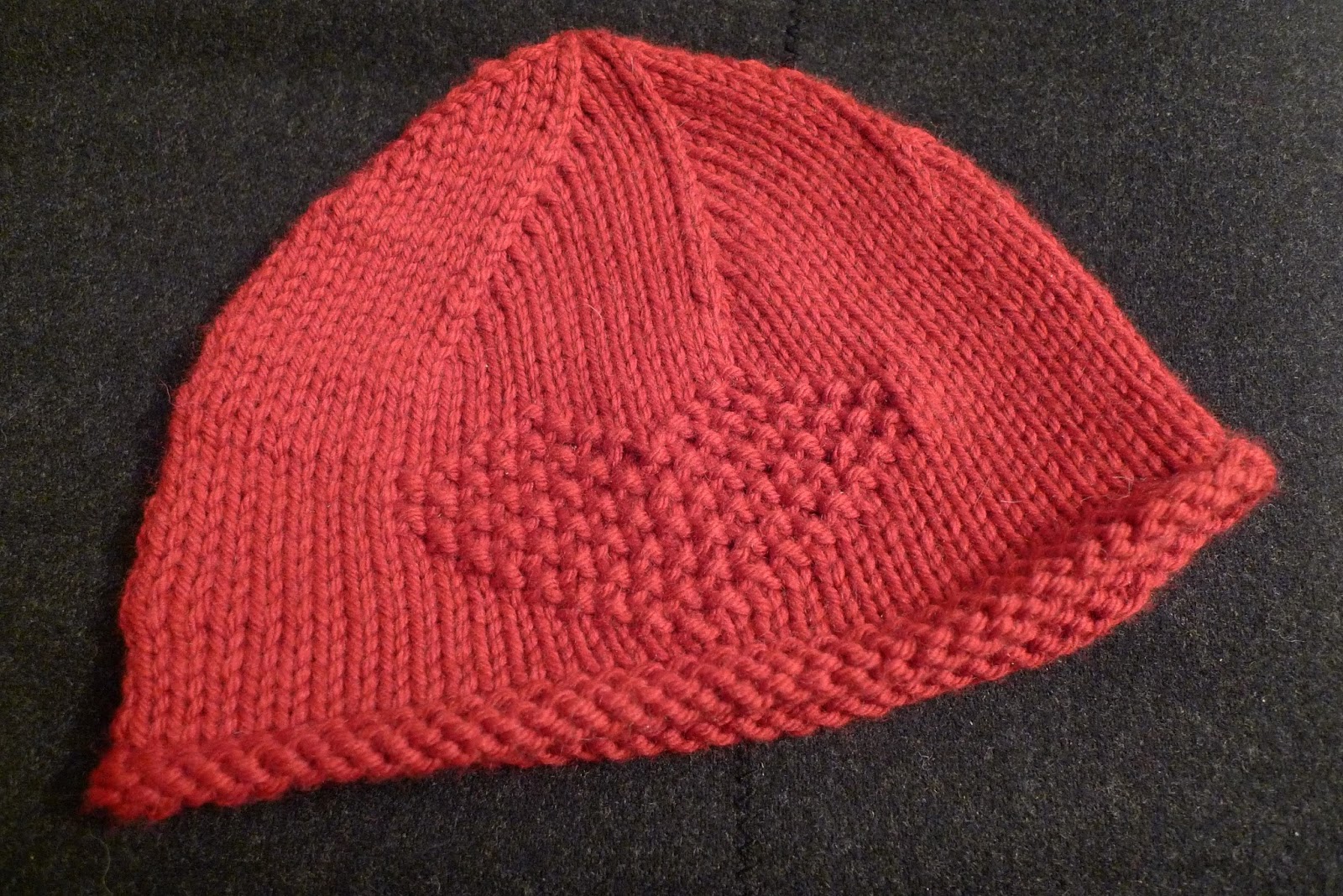 The second one uses up the rest of the lovely pale-brown alpaca that I used for the blanket on the friendly alpaca I made for a friend's granddaughter. 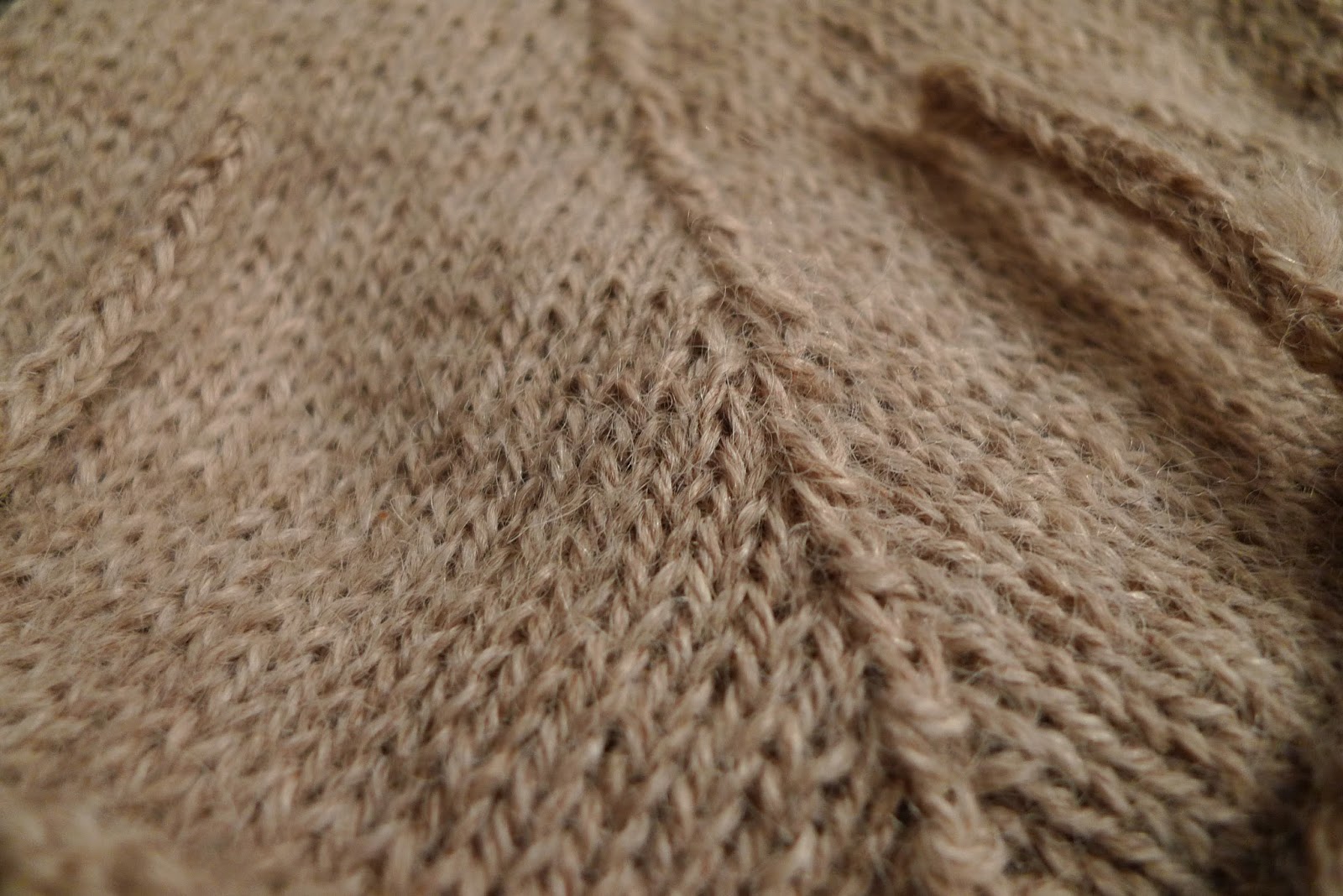 This time I followed a pattern, "Djvellue", which you can get on Ravelry. I couldn't find the two different sizes of needle normally used, which you need for the garter-stitch border, so I replaced it with TechKnitter's tubular edging, like a tiny brim. 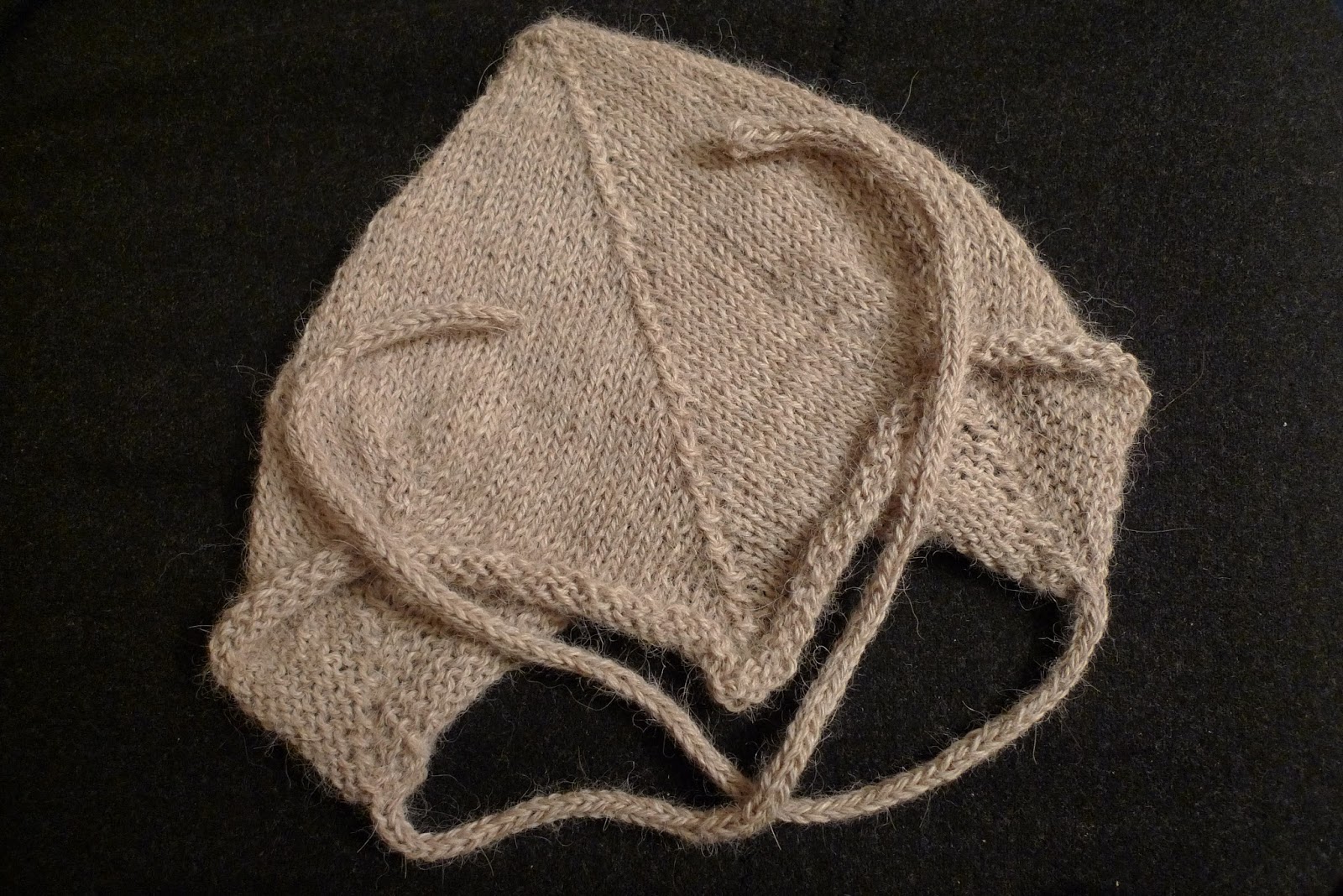 It's a totally charming traditional style with the darling little point over the baby's nose, and the ties under the chin. I quite want a hat like that to wear myself.

Posted by msHedgehog at 23:14 0 comments

I took my Mum to this year's edition of Tango Fire.

I'd recommend it to Strictly fans who like tango. You'll see much better stage-tango than you've seen on TV. It's done with great energy and technique, so that they spend most of the time dancing rather than posing. And it's definitely authentic in the sense that they mean: for instance, the most alert and knowledgeable Strictly fans might know the choreographer, German Cornejo, as the same man who actually won the Tango World Championship (Show section) in 2005, one of the years Vincent and Flavia occasionally still make it sound like they did [it wasn't *that* tango world championship - as I discover here]. I think the performance he won with is a nice piece of tango-ballet, and so is this show. The choreography is such that the cast look as though they're showing off and enjoying themselves rather than being stressed out or frantic. As a whole it felt kind of warm and rather tasteful. I actually thought the nude jumpsuit with the leaves on it looked absolutely gorgeous, as did the taffeta dresses, and the young men in their coloured, matte suits.

Company pieces broadly alternate with one couple at a time; there are some solos with the singer; and some instrumental sections in the second half. The first half is the usual succession of scenes and horseplay. 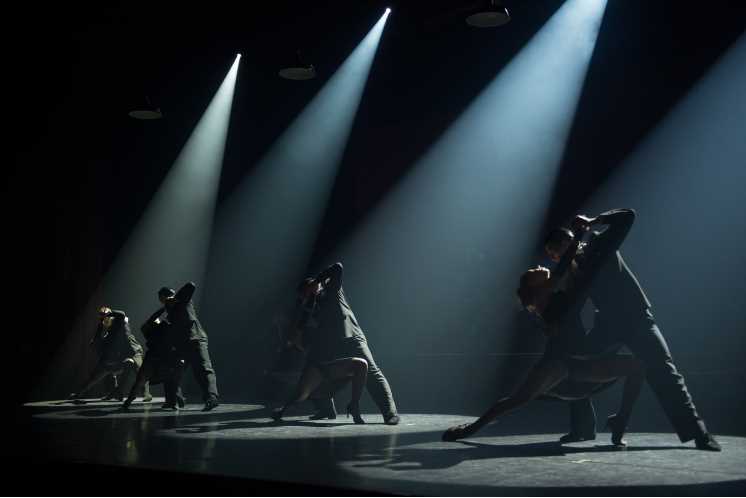 In the second half, the women let down their hair extensions, the band play Piazzolla, and it gets more abstract, with more hotpants and more lifts. I loved the Piazzolla and so did my Mum. It's great, powerful music. The dancing was less one-paced than the last time I saw Tango Fire, in 2009 I think, but there was no variety of style and I remember no musical climax - not even in milonga or vals - that wasn't a lot of fast, static kicks. Again, this is much better done than on Strictly, with proper tango technique and connection instead of stiff legs and awkwardness, but I was sorry not to see a talented cast challenged to do a bit more. Maybe the problem here is me being only interested in tango rather than having any appreciation of contemporary dance or any of the other things the cast and choreographer have done. 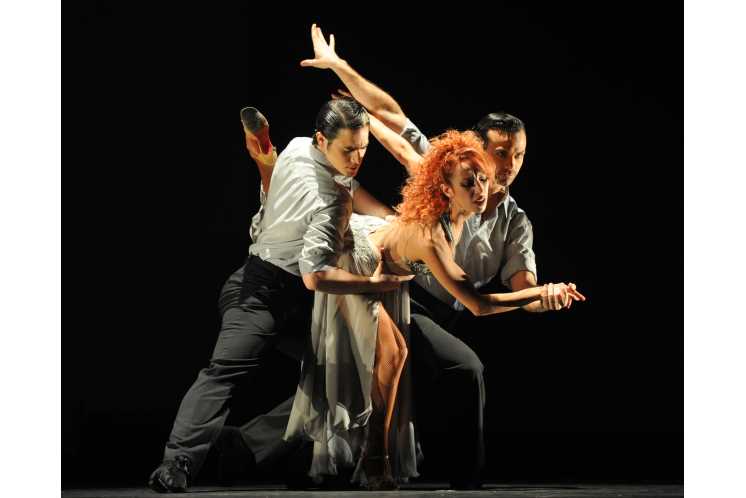 Tango people won't see a single second of anything they haven't seen a hundred times. Nor will they see any more than the tiniest sliver of what they know is there. In a way this disappoints me, because it always feels as though, if you really wanted to make a tango-ballet of two hours including interval, you could have all sorts of fun not only with different styles, but with things like love, friendship, teamwork, rivalry, conflict, confidence, gender, sexuality, role-playing, society, history, and so on. Even just with what the songs themselves are giving you. They used El día que mi quieras and Ventarrón for the soloists with the singer - both of which have stories that there were no more than nods in the direction of telling. Hell, you could even say something about tango, beyond the cliché of the hilarious accidental kick in the balls (scene 2). I don't know that it would even necessarily alienate the less-informed audience.

The show is not tempted by any of that.

However, that would be a different sort of show - and nobody wants variety or originality in a serving of steak and chips. The intended audience probably wants steak and chips; this is steak and chips, with a reasonably happy salad. And Mum was highly entertained by the whole thing, especially the band, not having seen a bandoneon before and being fascinated by how it was played. 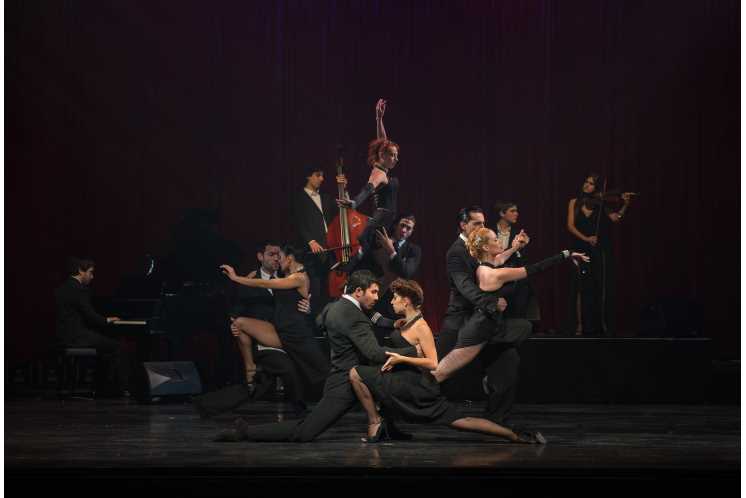 I detected no trace whatsoever of meaning. But it is exactly what it says it is, the programme notes are sensible, it's very pretty, and I really enjoyed the band.

Take your favourite Strictly fan to the Peacock Theatre, Tuesday-Saturday at 19:30, Matinees at the weekend, tickets from £15 for some innocent entertainment.

* This long-ago misunderstanding probably explains a lot about the 'tango' technique seen and discussed on Strictly, in my view.

Posted by msHedgehog at 21:51 0 comments