People in my ipod - Noelia Hurtado

Recently, I worked out (with a couple of false starts) how to download videos from YouTube and put them in my ipod to watch on the train. So I put in, among other things, some dancing people that I just like to watch.


I love Noelia Hurtado. She's so, so into it, she's such an animal. Her feet stick to the floor, and release, as though with a magnetism created by the varying electric current that crackles through her in the musical field. I feel like, if Carlitos put his arm all the way round, he might get a minor shock.


Even when she whips her feet up, which does happen, it never seems like the strained and artificial showing-off that it normally does, even from some of the best. It seems like a direct, uncontrolled expression of joy, wonder, even of exhaustion. I also feel like she's not afraid to make mistakes.


And, watching her with Carlitos is just exciting, like watching a classic Test Match. Warne vs Pietersen. Imran Khan vs Viv Richards. Ian McKellen v Christopher Lee. Two "beings of similar power", testing each other's limits in what is fundamentally a cooperative endeavour for their own mutual entertainment and everyone else's, striking off sparks, making something sublime. I spend half the time just giggling when I watch this stuff. (I totally understand if you hate the music in this last one - I love it, for some reason).


That said, I'd probably watch Noelia shear sheep. Watching her makes me braver and more confident in my dance. And she dances with her mouth open, so there.

Posted by msHedgehog at 19:28 4 comments 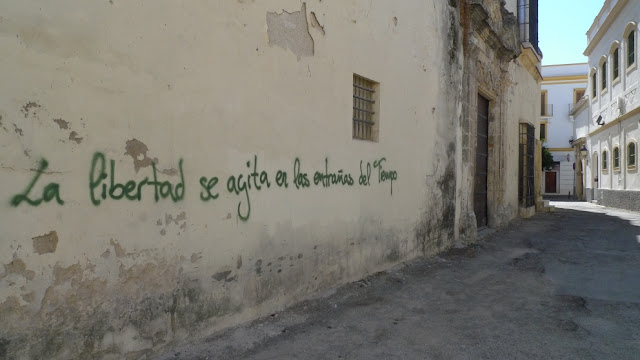 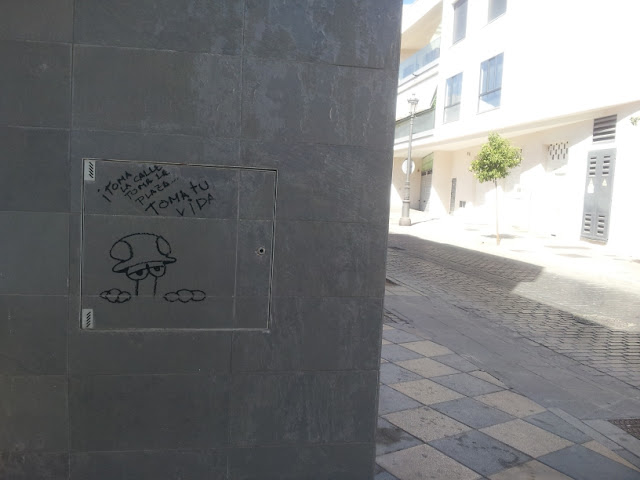 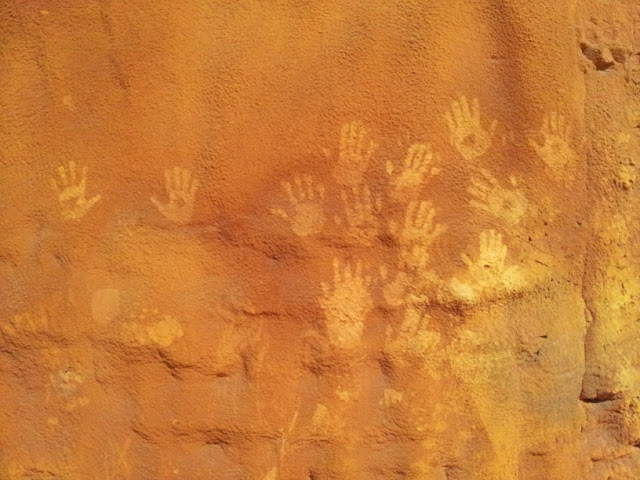 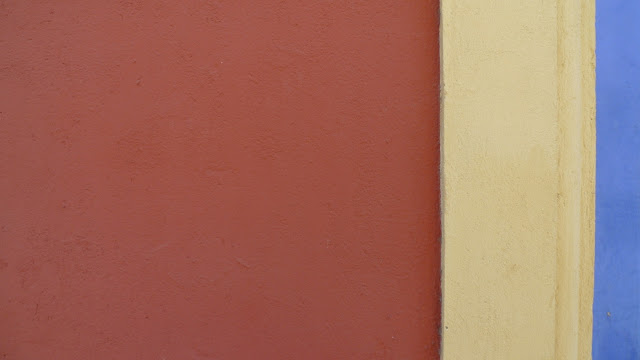 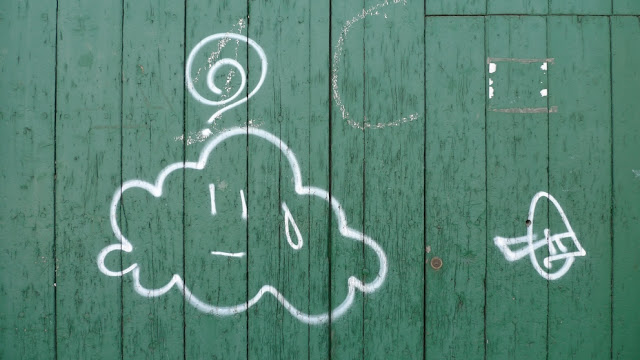 Posted by msHedgehog at 21:06 0 comments

You know what my favourite thing about having a smartphone is so far? The ability to read John Hempton in bed. Or watch Periodic Videos. Both jobs it does better than my laptop - silently and coolly, without annoying interruptions.

Posted by msHedgehog at 01:45 0 comments

Out of Office Message

I'm going on two short holidays in quick succession. Back the week after next, and briefly in between. I have a smartphone now, so it's not impossible that I'll post while I'm away; usually, though, I try to do something else, and I almost certainly won't get round to moderating the comments, sorry.

Posted by msHedgehog at 23:50 0 comments

The Class: There's no class. (Marek teaches the beginners' course in alternate months at Carablanca, with Ewa, and also runs a regular practica just for leaders, and teaches technique boot-camps and various other classes with Olivera at other locations, all listed on the website. But there isn't a class at this milonga.) 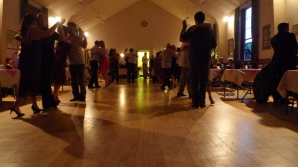 Layout and Atmosphere: The room is practically perfect for the job. It's another traditional village hall, a simple rectangular room with an entrance lobby, a kitchen, white walls, a high pitched roof, a wooden floor and a stage at one end. And miscellaneous notices about what not to stick to the walls, and whatnot. It's well lit, with lots of tables and chairs around all four sides - two rows of small round ones at the stage end, with pink-and-white cloths. All the refreshments are in a seperate, roomy kitchen at the opposite end to the stage. You never have to sit with your feet on the dancefloor, or stand, there are plenty of chairs. Visibility and lines of sight are good; cabeceo is the normal practice, and easy to do. I was a bit tired and not feeling super descriptive, so I've added a picture taken from my seat. (It's small because I prefer to leave people alone - cameras in milongas are annoying - and with a small one you still get an impression of the hall, but you can only identify people you already know).

Hospitality: Very good. Help yourself from the big jugs of water with lemon, selection of teas, coffee, biscuits and cakes in the giant kitchen, all included. Write your name or symbol on your plastic cup. The loos are standard village-hall, very well-lit, clean, and moderately roomy, with everything supplied and working and likely to remain so as long as everybody obeys all the notices and doesn't do anything silly. Generally the place feels comfortable. The floor is good, smooth and not especially slippery, sticky, or hard on the feet.

Anyone or anything interesting that turned up or happened: They have little gimmick which I think is subversive genius. Each month (or most months) they arrange for a different couple they know, social dancers who dance really nicely, to give a one-track 'performance', just dancing as they normally do. Then they get flowers and champagne. It's never announced in advance who it will be. The resulting 'peformances' are very short, and make me go "aaaahhh", and I love the idea of putting good social dancing up there as something acknowledged, admired and to be realistically aspired to, and expected of onesself. Have a look at the Facebook Group for videos. You might have to ask to join, I'm not sure what the settings are.

What I thought of the DJing: Marek Szotkowski DJ's. He's reliable, I wanted to dance, my partners were happy to dance, I felt relaxed when I wasn't dancing. He has one eccentricity; he always plays milongas and valses in 4's instead of 3's. It was late summer, it was far too hot, and I personally prefer to have those (especially the valses) as shorter lower-risk tandas to experiment with if I feel like it. But your preference may be different.

Getting there and getting home: You pretty much have to drive, although you could get a taxi from the station. If you did that, you'd be fine as long as you're not trying to get back to anywhere north of the river. I got a South London friend to pick me up from Wimbledon tube, and return me there. That drive took about 30 minutes.

The website: http://tangoconexion.com/Milonga.html Tends to lose the link back to the home page, but is in other respects all perfectly reasonable. Tells you where it is, when it is, how much it is to get in, and gives you an accurate idea of what they're trying to achieve.

How it went: I had a really nice time despite being a bit sleepy with the heat. I think the attendance level varies - regulars told me that the night of my visit was about normal. It filled up a bit more than is shown in the picture, but remained just as orderly with a medium-strength eccentric or two causing nobody any problems. Quite a few friends were there so I didn't have to try very hard, I can't easily assess what it's like if you don't know anyone; however, they are really nice people and the atmosphere follows that. It was a hot night, and with all the doors and windows wide open I was still very glad I'd brought a change of top, even more so that the change was one of my stay-dry sports tops. People went outside and steamed, rather than smoked. But that's only going to happen once or twice a year. It's a bit too far for me to go regularly, especially taking the journey home into account, and that the milonga is a short one. But there are some lovely dances to be had and I certainly would if I lived in the area.

Posted by msHedgehog at 23:45 0 comments

Music is a thing of time, a worldly thing, a mortal thing, a thing of suffering in the physical world as it is.

It has a present, a past and a future. It has a story that you can be in. Theme A does its thing, departs, is replaced by theme B, then returns wearing a different hat. They go off together and disappear into memory. When no-one remembers them any more, they are gone completely.

Detachment from the passions seems inappropriate to me, when dancing. On the other hand, there is a home for passions in music external to yourself, which does help to banish them from the inside, where they can trouble the insect more than they deserve to.

Posted by msHedgehog at 21:19 0 comments